Dr. Edgar Bedolla grew up in Dallas and attended Skyline Center Magnet School graduating from the Science Cluster in the top two percent of his class. Knowing his interests were in pursuing a medical career, he attended the very well respected private institution, Baylor University. He obtained his Bachelor’s degree in Biology achieving Dean’s List recognition.

With his success at this top-tier institution, he was offered a scholarship to attend and complete his medical education at the University of Texas Southwestern Medical Center at Dallas. After obtaining his medical doctor degree, he chose to complete an internship in surgery at the world-renowned Parkland Hospital. He then sought to complete his general surgery training at the University of Oklahoma Health Sciences Center, which serves as the only level one trauma center in the state of Oklahoma. It was there that he developed an understanding of the diversity and complexity offered by the field of plastic surgery.

Not content knowing there was so much more to learn and master, Dr. Bedolla successfully matched at the storied University of Miami/Jackson Memorial Hospital training program. In Miami, Dr. Bedolla had the privilege of training under some of the masters in all aspects of plastic surgery, including:

Life Outside of the Office

Dr. Bedolla is married to his wife Cathy and they are proud parents to Laila 7, Liam 4, and Luna 1. During college, medical school, and surgical training, he was an avid soccer recreational soccer player and continues to play to this day. During this time he has amassed multiple recreational championships. He also enjoys biking, running, and plans to run a full Iron Man race in the future.

Dallas has always been home to Dr. Bedolla and his family. He is excited at the opportunity to join Dr. Obaid at North Texas Plastic Surgery. Dr. Bedolla is dedicated to return and serve the North Texas community after his many years of intense and complete training. Come to meet him and schedule your consultation today.

The American Board of Surgery – Board Certified
12/2020 – Current

American Board of Surgery, Qualification Exam 08/2014

American Board of Surgery, Certification Exam 01/2015

Survival after trauma pneumonectomy is possible: a report of a case and post-operative management, Southeast Surgical 2014

Language Fluency (Other than English)

(817) 796-9290 to speak to a member of our team today.
Contact Us Now
Our Services
See North Texas Plastic Surgery on Social 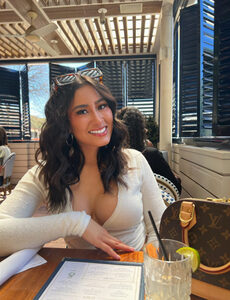